India has decided to increase customs duties on imported ACs, refrigerators, speakers in a move to curtail CAD and boost ‘Make-in-India’ initiative 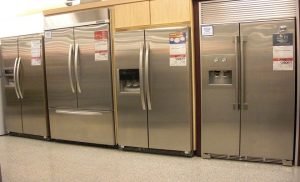 The government, on Wednesday, raised customs duties on what it considered non-essential items. These include air conditioners, refrigerators, footwear, speakers, luggage and aviation turbine fuel among others, which means that these products are likely to cost more than usual. The move has come amidst rupee’s weak value, which has been sharply declining against the dollar.

The government has decided to increase import duties on these items in a bid to tackle the current account deficit of India. The CAD was around 2.4 per cent of GDP, in the April-June period, which was projected to rise to 2.8 per cent by March 2019.

Electronics and appliances segment is going to be hit by the new move. Companies like Samsung, LG, Bose Corp. and footwear brand like Nike are likely to be affected. India imports high-end appliances from China and South Korea to cater to its growing demand for washing machines, refrigerators and air conditioners. The idea is to decrease these imports, which amounted to $11.84 billion in the last fiscal.

The government has also hiked import duties on diamonds and gemstones and increased taxes on jewellery, which will have an impact on the country’s jewellery industry as well.

India imported items worth an overall amount of $459.67 billion in the last fiscal. The move aims to bring down the import value. India’s ‘Make-in-India’ scheme is also witnessing a boost by various industries’ initiative of manufacturing the required equipment locally.

Earlier, India had imposed a high import tax on electronics items like mobile phones and television sets in December, which was further increased to as many as 40 items by February. The country has been trying to maintain a stable rupee value after it was tagged as one of the worst performing currencies of Asia.