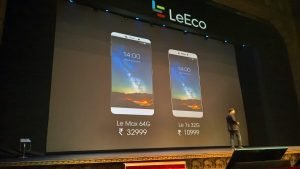 Apple recently put its case to the Department of Industrial Policy and Promotion on why its products should be exempted from local sourcing rules, while LeEco requested the same. Both firms argued that their products are ‘state-of-the-art’ and ‘cutting edge’ and should be spared from the content requirement.

LeEco, one of the largest online streaming firms in China, applied with the Foreign Investment Promotion Board to open single-brand stores in the country to sell its products both through retail outlets and online. Apple applied for the same in January.

Government is considering relaxing the local content rule as part of its effort to make the country more business friendly to foreign investors and a decision is expected soon.

Apple currently has no branded retail stores in India and sells its devices through third-party resellers.

Chinese smartphone maker Xiaomi also has applied to open its own stores in the country.