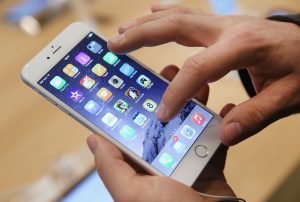 According to a recent report by Apple Insider, analyst Ming-Chi Kuo believes the ‘iPhone SE 2’ will sell at least 20 million units in its first calendar year of availability. He also said that it can go up to 30 million units if all goes well for Apple.

Compete against the iPhone 11

The report mentioned that the ‘iPhone SE 2’ also has to compete against the iPhone 11 as the cheapest model of the current generation, as well as the iPhone XS and XR from last year.

Kuo is expecting the use of a ten-layer Substrate-like PCB (SLP) for the motherboard, the same technology used by the iPhone 11’s version, albeit a cheaper version. The motherboard will help some existing iPhone supply chain companies, including Pending Holdings, AT&S, and Xinxing, due to the use of SLP.

A report published by 9to5mac based on analysis by reliable Apple analyst Ming-Chi Kuo mentioned that the company will launch the next version of the iPhone SE 2 in the first quarter of 2020.

The report also mentioned that the new phone will be more affordable than the other Apple iPhone products and will have an A13 processor with 3 GB RAM.