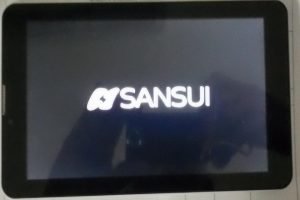 Interestingly, Sansui and Nakamichi are originally a Japan-based consumer electronics brand. Videocon India was the holder of Sansui brand license for last 17 years in India.

Sansui owners did not renew license with Videocon

Karbonn is planning to retail Sansui products through offline stores and Flipkart in the country. It is a string possibility that Karbonn may use its existing dealers and retailers network in the country. It will also be interesting to see which sales channel Karbonn focuses on first.

Karbonn had last month appointed Amitabh Tiwari to its leadership team in the country. Amitabh, before joining Karbonn was the CEO of Skyworth consumer electronics brand in India. It is to be noted here that Tiwari was earlier heading Kelvinator and Sansui in India. He may now be given the command of Sansui under Karbonn.

Jaina Group, one of the partners in Karbonn, had earlier grabbed a license to retail Gionee smartphones in the country. Videocon now holds rights to only Hyundai electronics in India. Similary, Philips is now being retailed by TPV in the country.

Xiaomi Said to Have Filed a New Smart Speaker Patent in...