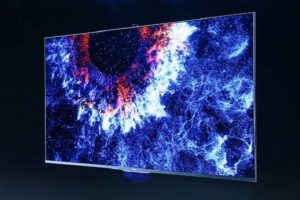 Huawei has unveiled 55-inch variants of its first smart TV offering at its developers conference (HDC) 2019. Powered by Huawei’s OS Harmony, the company has priced these at an starting tag of Yuan 3,799 (Rs 38,200 approximately). It is to be noted here that Huawei is already retailing smart fitness bands, Bluetooth headphones and smart watches under the Honor brand name.

Powered by Huawei’s own OS

Huawei’s first TV offering is powered by Harmony OS. It is to be noted here that Harmony OS is an operating software developed by Huawei in-house. The company has been facing tough times in USA after the country’s government had barred it from doing business in the country.

These TVs offer a screen to body ration of 94 per cent. Honor said that these TVs can boot up in two seconds and can wake up from standby in one second. Connectivity options on these TVs include three HDMI ports, one USB three port, an AV port, DTMB, s/PDIF and ethernet.

Unit shipments for the global Smart TVs market, as per a report by Research and Markets is expected to increase from 198.3 million in 2018 to 249.9 million in 2024, at a compound annual growth rate (CAGR) of 3.9 per cent during the forecast period.

According to another research by the same company, India Smart TV Market is expected to grow at a CAGR of 30.2 per cent during 2018 to 24. Households in India are at a cusp of transition and a shift in preference has been witnessed from conventional TV sets to smart TV sets.

Speaking about LED TV brands in India, Faisal Kawoosa, founder, techarc had recently told EFY Group, “I expect to see more brands entering in the LED TV space. The focus would be more on bringing the product in the entry to mid level of markets. I would expect the government to put in a real serious effort in TVs at least, where volumes might not be as high as smartphones. But, local content + manufacturing could make some differentiation in the market. This is the segment, which in my opinion, is manageable as India is still in its infancy stage in terms of electronics manufacturing.”