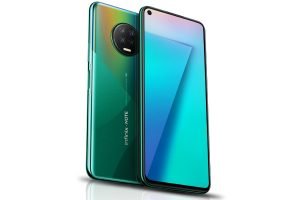 The company has recently announced the confirmation of Infinix Note 7 phone which will officially launch in India on September 16. While the device was first launched in April this year, a new leak had confirmed similar specifications for India.

The factory images of the handset have surfaced online, revealing that the Infinix Note 7 would be offering a MediaTek Helio G70 SoC. It is said to be an octa-core processor clocked at 2.0 GHz and is powering the Realme C3 phone.

Since, this is a tried and tested chipset, users should get good performance compared to old Infinix phones with dated processors. The Infinix Note 7 would be launched in India in three colours which include Bolivia Blue, Forest Green and Aether Black. The leak also shows that the device would be having a 48-megapixel camera and a 6.95-inch display. These specifications are similar to the global variant.

As mentioned in the report, the Infinix Note 7 comes with a punch-hole display design. It packs 4 cameras that are placed in a circular module. There is a 6.95-inch IPS LCD display with HD+ resolution and 20.5:9 aspect ratio. It has 580 nits of brightness and 91.5 percent screen-to-body ratio. It is powered by a MediaTek Helip G70 chipset.

The company is claimed to launch the device with 128 GB storage option. There would also be an option to expand the internal storage using a microSD card slot. Infinix has added a 5,000 mAh battery under the hood.

The Note & supports 18W fast charging. The company is claiming the users would be able to use the handset for upto 4 days on a single charge. It runs Android 10 with XOS 6.0 UI on top. As far as cameras are concerned, there is a 16-megapixel selfie camera.

The rear camera set up also consists of a 48-megapixel camera with f/1.79 aperture. It is paired with a 2-megapixel macro lens and a 2-megapixel depth sensor. This setup is assisted by a low light camera sensor and a quad-LED unit. The smartphone is also said to support DTS audio processing.

Amazon Partners with Qualcomm To Put Alexa In Wireless Headphones

Greater Noida To House 3 Mfg Units As Part Of DMICDC...