The early arrival of summer this year, especially in the northern and eastern parts of the country, has fuelled air-conditioner (AC) makers’ hopes for 15-18 per cent growth in volume, according to estimates by industry body Consumer Electronics and Appliances Manufacturers Association (CEAMA). 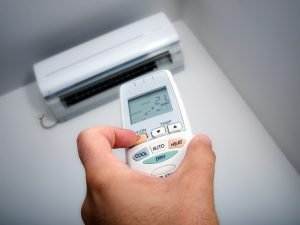 In the past few years, the industry has grown at just 7.7 per cent. It is expected to grow at a compound annual growth rate (CAGR) of 15 per cent between 2016 and 2020, according to Manish Sharma, president, CEAMA.

Firms have already started rolling out new products and campaigns aimed at grabbing a slice of the market. Some have dropped prices.

The South Korean firm, however, attributed the fall in prices to the fact that it is making all inverter ACs in India.

This has forced competitors to go for price cuts across models even though the cost of some components has gone up by as much as 15 per cent.

Mohammed Hussain, business head (air-conditioning group), Panasonic India, said the Japanese firm is betting on its new range of air-conditioners with an inbuilt air purification system and expects a 30 per cent growth over last year. The firm rolled out the new range in February. Panasonic will spend about Rs45 crore this summer to push AC sales, Hussain added.