Global smartphone maker Apple has reduced retail prices of its iPhone models from July 1, passing on benefits of lower taxes from the goods and services tax regime to consumers. 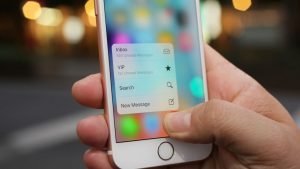 According to Business Standard, the move comes as it looks to become more aggressive on capturing a bigger slice of India’s smartphone market. Apple has reduced retail prices of its iPhone models between 4 and 7.5 per cent, which would translate to lowering costs of its high-end iPhone 7 Plus with a 256 gB storage by as much as Rs 6600. The company, which contributes to less than 3 per cent of the total smartphone sales in India, generates higher per cent of the profits.

Apple has also reduced the price of iPhone SE, the entry level phone made by Wistron  Corp in Bengaluru. These phones have been priced at Rs 6,000 for a 32 GB model to Rs 35,000 for 128 GB version, lower by 4-6 percent than previous prices. Experts say that manufacturers choosing to assemble devices locally in India benefit from around 12 per cent in savings. However, Apple has been known to maintain a price parity among devices it sells globally.

Investment of ₹491.5 billion in Noida Production Plant by 2020: Samsung