The consumer electronics business of Mukesh Ambani-led Reliance Retail has for the first time overtaken the company’s grocery business to become the top revenue grosser in financial year 2017, riding on the sales of Lyf devices and new store launches. 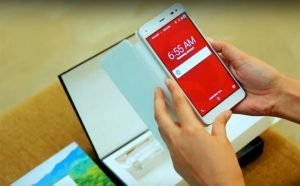 The company’s annual report of the last five years assessed by ET showed that grocery or value formats, as it was called earlier, was the major revenue churner for Reliance Retail till financial year 2016. However, in financial year 2017, the consumer electronics business — that runs Reliance Digital chain — accounted for 34 percent of the total turnover of the company, followed by the grocery segment with 32 percent share, according to fourth quarter result of FY17 released by the company.

Prior to that, the consumer electronics business had a share of 29 percent in financial year 2016, whereas the share of grocery was 41 percent, when it was leading the retail segment.

The company added about 300 new Reliance Digital, Xpress Mini and Jio stores in financial year 2017 to reach 1,996 stores by the end of March 31.

The company said it sold around 3 million Lyf handsets during the second quarter (July-September) of financial year 2016, followed by sale of nearly 2.8 million Lyf devices and accessories in the third quarter (October-December) and more than 2.6 million Lyf and JioFi devices in the fourth quarter (January-March), driven by the launch of the group’s telecom venture Reliance Jio Infocomm.

Xiaomi to launch six smartphones in India this year