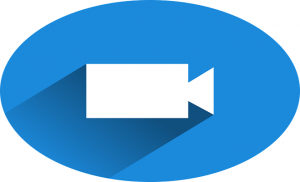 Taking the video calling products’ war to Amazon’s Echo, Facebook has announced Portal, a video calling hardware product under its banner. A combination of speakers, a camera and a microphone, Portal will solely be devoted to enable Facebook users make video calls.

Apart from making video calls, Facebook users will also be able to stream music through platforms like Pandora and Spotify. Both the models will come integrated with Amazon Alexa enabling users to give voice-based commands. However, users will not be able to browse Facebook on any of the two.

Facebook Portal may have an edge over its Amazon Echo Show rival as it will come integrated with a smart camera that follows users across the room, allowing them to video chat while continuing with chores and other activities. The company has also demonstrated the same through a demo video it has released. Amazon Echo Show, on the other hand, comes with a camera that’s stationary.

Users will have the option of completely switching off the device when not in use. The Silicon Valley giant will also be providing a camera cover so that users know it’s completely shut off.

Both Facebook Portal and Portal Plus will be available in US from this November for $199 and $349 respectively. The second-generation Amazon Echo Show retails $229 a piece in US currently. The Amazon Echo Spot is available on Amazon India at Rs 12,999.

Facebook’s plans of introducing its video calling products – Portal and Portal Plus, in India are not clear yet.