Consumer electronics major, Videocon, has gone bankrupt after failing to repay its lenders and now various companies have been eyeing to take over the business 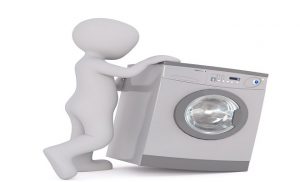 Videocon’s electronics business is set for an auction and Chinese home appliances major, Haier and global investment companies, Blackstone and Goldman Sachs have planned to acquire the business worth $2 billion. Potential buyers have been eyeing the brand as it has, over the years, built an image familiar to Indian households.

The company, well known for its consumer electronics products like televisions, refrigerators, coolers, washing machines and kitchen appliances has been under a debt of Rs 20,000 crores. It went bankrupt in June after failing to repay its lenders led by State Bank of India.

Apart from the three suitors, another investment holding company based in China has also been in the limelight for its interest in the brand. Blackstone and Goldman Sachs have a probability to join hands with local companies to offer the bid.

Videocon’s electronics business has a sale of Rs. 10000-12,000 crores with its reach across India. It also distributes a range of products by Sansui. Its debts have landed the brand in trouble as lenders have pulled the business into a formal auction process.

Venugopal Dhoot, Founder of Videocon, was also plunged into debt after the Supreme Court directed to cancel the company’s telecom licenses about six years ago. According to reports, the company has been struggling to maintain its oil exploration wing in Brazil. Videocon’s manufacturing units, sales and distribution operations and real estate assets have also been pulled in by the lenders.

Chinese home appliances maker, Haier, has been functioning in India for over a decade now. Its annual sales are reported to be worth Rs. 3000 crores. Its aim is to reach the top three position in the consumer electronics segment in the country.

Reports suggest that Videocon requires a sum of Rs. 500 crores to restart its operations. The final list of suitors is set to be out by the first week of October.

Nokia To Release A New Smartphone And Feature Phone in India