According to CEAMA, the entire month of May, which is a period for peak sales of cooling products, would be almost a washout for the industry 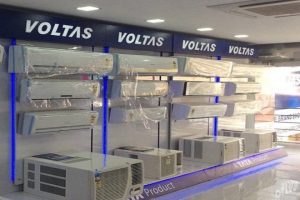 Sales of air conditioners (ACs) and refrigerators have been hit for the second consecutive year following a string of lockdowns and restrictions imposed on states in light of the second COVID wave during the summer months of April and May, forcing companies recalibrate their target and go for pre-Covid (2019) sales number.

Voltas, Daikin, Blue Star, Panasonic and Haier reported a dip of almost 75 per cent in April sales this year as compared to the same last year. Moreover, May 2021 has been a complete washout so far for them, as per a PTI report.

On top of the present situation, consumer sentiment has been further hit amid reports that there may be a third wave of the pandemic, which further dampens chances of a recovery in sales of compressor-based cooling products such as ACs, refrigerators etc, as people are preferring to keep expenses on hold till the time Covid situation improves.

According to the Consumer Electronics and Appliances Manufacturers Association (CEAMA), the entire month of May, which is a period for peak sales of cooling products, would be almost a washout for the industry, as only 15 per cent of the market is open and footfalls at stores are negligible.

“I am looking at the trend”, which is similar to that of last year, said CEAMA President Kamal Nandi.

However, companies such as Blue Star are still hopeful and are expecting double-digit growth despite these obstacles.

Given the poor penetration level of the category, sales should pick from June onwards helped by factors such as pent-up demand and work-from-home, etc.

“My estimate is 10 to 15 per cent growth for the year,” said Blue Star Managing Director B Thiagarajan.

However, CEAMA president Nandi warns about a possible hike in prices for residential ACs on account of continued inflationary pressure on inputs.

“Industry has to take the balance hike of 20 per cent, they have already increased 12 per cent so far and has to take the rest 8 per cent. A hike will happen as things become normal. This whole impact of the price increase and disturbance and disruption would have a challenge in the second quarter also,” said Nandi.

The Indian residential AC market is estimated to be around 7 to 7.5 million units per annum and over 15 companies compete in the segment.

Moto G8 announced in the Moto G series in India