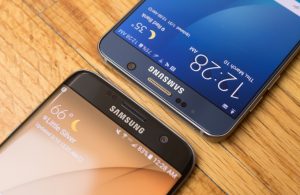 According to a report published in the Economic Times, tech giant Samsung has regained its top spot in the entire India handset market in the April-June period surpassing China’s Xiaomi after two quarters. According to the research paper published by International Data Corporation, the Korean phone maker has been leading in the market.

In the category of feature phones, Samsung’s smartphone market has a share of 24%, which is now being trailed by Xiaomi. Samsung has narrowed the gap, by capturing 26.3% of the smartphone market in the June-eneded quarter as against 15.6% in the previous quarter. The Galaxy M21 smartphone was among the nation’s top shipped models in 2020.

Xiaomi and Vivo ended the quarter with 29.4% and 17.5% smartphone market shares respectively. Samsung’s leadership may be temporary as claimed by the research director Navekender Singh of IDC.

It has also been reported that Samsung’s market share gains in the bygone quarter happened mainly due to shortage in stocks for the China-based vendors and only minutely due to the anti-China sentiment. Vivo would have easily reached number two position in the overall market had it not been for Covid and the supply chain issues.

Thus India’s smartphone market registered a steep decline of 50.6% on year in the second quarter of 2020 to 18.2 million units, down from 36.8 million units a year ago as reported by IDC. The online channels had also registered a market share of 44.8% but fell 39.9% on year in unit terms due to lockdown restrictions.

Upasana Joshi, Associate Research Manager, Client Devices, IDC India said “Many offline channel partners adopted new ways of marketing by reaching out to consumers through social media platforms, WhatsApp, references, etc., for doorstep demos and deliveries, as well as accepting contactless payments. However, these initiatives were limited to big and medium-size retail outlets in metros and Tier 1/2 cities, and was not able to arrest the steep annual decline of 56.8% for the offline channel.”

On the other hand, China-based component and parts remained at the ports awaiting clearances but the sales increased by June which was primarily driven by pent-up demand from the lockdown period. “However, purchases were mainly driven by availability rather than by choice,” the report added.

Singh also added that IDC is expecting the market to show signs of recovery in the second half of 2020 as a majority of consumers look forward to buying low to mid-end devices in the coming festive partner.

Infinix S5 Lite Was Sold in India For The First Time...