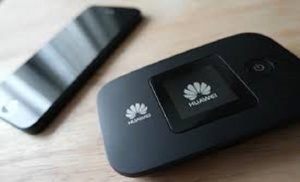 China based tech giant, Huawei will be bringing its wireless charging capabilities to the Indian market soon. The Huawei wireless charger will be making its India debut with the launch of Huawei 20 Mate Pro in the country.

Slated to be launched with Huawei Mate Pro, Huawei claims that a 10-minute 15W wireless charging session will top up the battery by 12 percent while a 30-minute charge at its maximum capacity will fill battery by up to 31 percent power.

Developed on the Qi standard for universal compatibility, the Huawei wireless charger is smart enough to differentiate between smartphones, earbuds and other devices. Huawei claims that its wireless charger self adjusts output power in order to charge different devices safely.

The latest wireless charger as per Huawei, also boasts smartphone case compatibility. It simply means that users will not have to take their smartphones out of the cases in order to charge batteries. It is compatible with metal phone cases that are equal or are less than five mm in thickness.

The list of unique features integrated in Huawei wireless charger includes a comprehensive safety protection feature, through which the charger is capable of intelligently detecting foreign metal objects like keys and coins. Once identified, the charger automatically powers off.

Huawei claims that its wireless charger also has a built-in chip that can adjust the output power automatically according to the ambient temperature and real-time battery percentage.

Marketed as the latest premium feature in smart gadgets ranging from earphones to smartphones, wireless charging is quickly becoming the next big thing in the Indian consumer market. Several brands including Samsung, Belkin, Nokia, AT&T, Noise and Regor have already launched their wireless chargers in India.

Logitech not Acquiring Plantronics in a $ 2.2 Billion Deal