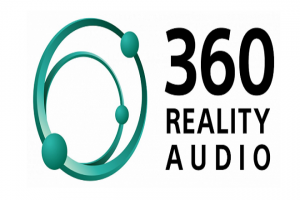 Sony Corporation has announced 360 Reality Audio experience will be available to the public from the later part of this year in United States, Europe and some other locations.

As per Sony, this 360 Reality Audio technology will be streamed through music streaming services like Amazon Music HD, Deezer, nugs.net, Tidal. This reality audio experience will use an international open standard MPEG-H 3D Audio as its audio format. Sony will stream this technology through Napster too in the future.

More music from Sony music entertainment and others soon

According to Sony, 360 Reality Audio is “an immersive audio experience utilizing object-based spatial audio technology.” The users will be available to listen to over 1000 songs at the launch from artists like Mark Ronson and Pharrell Williams. After the launch, Sony will add more music from Sony music entertainment, Universal music Group and Warner music group and concert performances from Charli XCX and Kodaline

An official statement from Sony says, “Object-based spatial audio technology makes it possible for artists and music creators to produce a music experience by mapping sound sources such as vocals, chorus and instruments with positional information and placing them within a spherical space centered around the user.”

Through speakers, users will be able to experience this audio technology if the speaker system has Sony’s unique decoder of the 360 Reality Audio music format, multiple speaker units and signal processing technology says Sony.

Sony has also partnered with platform providers to make the 360 Reality Audio available in future connected devices that have Amazon Alexa, built-in Google Chromecast. This partnership has been done by Sony with chipset manufacturers Media Tek and Qualcomm as well.