Air Conditioners launched in India have become smarter this year. Not just cool, they also clean the air and auto-adjust capacity 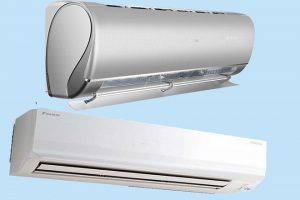 The air conditioning market has gone through many predictable phases over the years. There was an age where window ACs ruled the roost, and then split ACs came about, at much higher price points. As volumes increased and efficiency levels shot up, window ACs started losing market share, and currently, split ACs have become the de facto standard in ACs.

While the topic of energy efficiency, star ratings and inverter technologies, is a different argument, split ACs in general are becoming smarter. Today, they do much more than just cool your room. The day is not far away when a lay AC buyer walks into a retail store and bases his/her purchase decision on what else the AC does, besides what it is meant to do!

Haier has introduced an India-special range of air conditioners that comes with a built-in air purifier. The company claims that their PuriCool ACs help purify the quality of indoor air from dust, pollen, pet dander, particulate matters and smoke present outside.

Like most standalone air purifiers, the Haier PuriCool ACs provide statistics on a mobile app around air quality and pollution levels. Interestingly, Haier has incorporated PuriCool features in both its 5 star as well as 3 star rated ACs, which are priced around Rs. 75,000 going up to 1 lac.

Another company that has added interesting innovations in ACs is Daikin, which is out to bust the myth of tonnage. The company has released a range of ACs that automatically toggles its tonnage between 1 and 1.5 ton based on sensors and temperature levels in the room.

Along with this, its new range of ACs features an array of innovations such as Coanda technology that evenly cools the room, after the intelligent eye technology senses human presence and fires up the capacity of the AC. Daikin ACs also come with streamer discharge technologies that claims to eliminate odour and viruses from the air.

Panasonic has launched air conditioners in two series: Arch and Advance — this season. After the desired temperature is reached. The Aerowings feature in Advance air conditioners, produces a shower cooling effect by directing the air towards the ceiling after the desired temperature has been achieved. It also has Nanoe Technology which deodorises and purifies the air by eliminating dust and 99 percent PM2.5, even when the cooling function is off.

The message is loud and clear. Air conditioners will soon come with in-built purifiers and cleaners, that might completely eliminate the need for an additional device in your home.

Iotfy Announces Solutions For Converting Normal ACs into Smart Ones