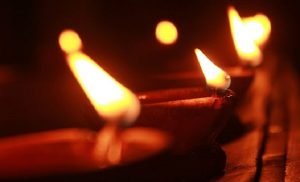 Counterpoint Research has accredited this growth in sales, largely to online smartphone sales, brand promotions and availability of discounts and no-cost EMIs on credit as well as debit cards.

Karn Chauhan, research analyst, Counterpoint Research said, “The overall India festive season smartphone sales registered highest ever growth of 26 per cent YoY in 2018. However, the online sale events which continued for weeks running up to Diwali helped these online platforms register a massive 46% YoY growth in sales volumes and contributed to half of the overall sales. This was mainly due to greater number of attractive exclusive smartphones as compared to the last year on these platforms, backed up with offers and lucrative deals. Flipkart stood out due to the most number of exclusives while Amazon benefited some from the launch of OnePlus 6T.”

Pathak said, “Xiaomi sold the most number of smartphones during this period thanks to strong performance in online channels. Xiaomi widened the gap with Samsung which still did relatively well in offline channels capturing 30 per cent share.”

The most interesting finding of the study points towards smartphones brand Realme. Though the brand might not have created waves in the offline channel smartphone sales but it was still able to capture 9 per cent share of the total smartphones sold during the period.

Pathak continued, “The newly launched online only smartphone brand, Realme had a record festive performance for any new brand ever in India. Realme immediately captured 9 per cent share jumping to the third spot in overall sales volume performance and also became the second largest in online segment with 18% share.

Other smartphone brands performance during Diwali

Hanish Bhatia, Counterpoint’s senior analyst, said, “Emerging brands such as OnePlus, Pocophone, Asus and HMD Nokia also registered strong uptake during the festive season due to the new launches ahead of the festive sale period. Meanwhile, Apple’s new iPhones had a relatively lukewarm response for its new and older iPhone models compared to the rest of the brands.”