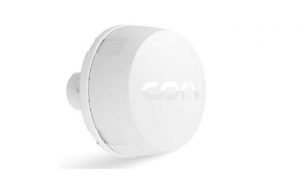 Promising zero maintenance charges and up to 90 per cent savings in electricity consumption, Corvi has launched a new seven watt LED bulb in the Indian market. The company is also claiming that the bulb gives out up to 150 lumens per watt brightness.

Corvi’s CEO Vimal Soni said that the launch of this bulb was the biggest reward for him as it is the greatest service to the country from the company’s part. The company said that it is aware about the challenges related to power supply in India and the bulb will help in reducing costs incurred from energy consumption.

It is worth mentioning here that a lot of global brands are offering seven watt LED bulbs at prices above ₹200 on an popular e-commerce portal in India. Panasonic Emergency Round Base B22 7-Watt LED Bulb is retailing for ₹399 on the portal. Crompton, on the other hand, is selling a pack of four 7 watt LED bulbs on the same e-commerce portal at a price of ₹324.

The bulb, as per the company is designed using the solid state drive technology (SSD). This technology is commonly used in hard disks found in PCs, laptops and external hard drives. The device can offer an output of up to 1050 Lumens. Corvi said that it uses seven watts of power but is still able to maintain power factor of more than 0.97.

Corvi seven watts LED bulb also features UGR value below 19. The value, as per the company, states that the bulb reduces discomfort for eyes.

Corvi had introduced itself as a lightning brand to the world in 2012. The brand had taken part in the light and building fair in Germany in that year.